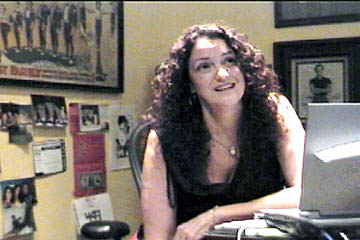 StudioExpresso's Claris Sayadian-Dodge met up with Cello Studios manager Candace Stewart recently to talk about the studios evolution and to get a flavour of the studios atmosphere in an exclusive video tour.

"Cello Studios are incredibly fortunate to have what many people consider to be some of the best sounding large live rooms ever built."

Featuring customized 80 input SSL 9000J and custom classic Neve 8078 and 8038 consoles, Cello's collection of sought after rare and vintage microphones and outboard gear like their Fairchild 670 limiters is impressive.

The building has been modified to accommodate the new facility's needs, however, the studios themselves have not been altered in any way since Bill Putnam's original design. The studios possess a unique atmosphere that seriously impressed visiting Abbey Road engineers - their video tour of Cello can be found further down this page. The staggering track record of ground breaking records made at Cello bear testimony to their creative atmosphere and technical expertise.

Cello Studios are staffed by an exciting and enthusiastic mix of industry veterans and eager new audio enthusiasts, for example, chief engineer and director of technical operations, Gary Myerberg, came to Cello after spearheading the technical efforts of Bruce Springsteen, Bob Clearmountain's "Mix This!", Royaltone Studios (and many others) with 14 years as the key technical player at A&M Studios.

Find out much more about Cello by visiting the StudioExpresso.com feature here.

In addition to thanking Cello's staff for making this video tour possible, we would like to give our very special thanks to Claris of StudioExpresso.com for taking the time to record this excellent feature and to Johnny Jaskot of Babblefish.com for editing this feature! 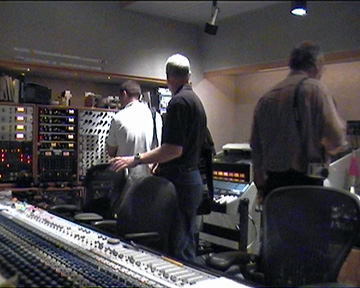 During the Los Angeles AES, a contingent of British Studio people from studios such as Abbey Road paid a visit to Cello Studios in L.A. and were impressed!

We took our tourists camcorder and followed them on a brief tour of the studio complex. The video gives a flavour of the superb atmosphere.

View all features by Claris Sayadian-Dodge