Engineer and producer Angus Wallace talks about the studio

We recently discovered a fantastic music studio in rural Nothamptonshire that has been running for over 20 years. The studio has been massively refurbished in the last few months and features some of the best equipment and has superb acoustics having been designed by White Mark.

Far Heath has played host to numerous well known bands such as The Prodigy, Spiritualized and The Fall. The studio is set in beautiful surroundings in the Northamptonshire countryside, overlooking Ravensthorpe Lake. It's newly rebuilt and equipped to the highest standard, Far Heath offers all the benefits of a first-class recording studio in an affordable package.

The recent refurb including centre piece SSL AWS 900+ mixing console, Lexicon reverb, Exigy monitors and superb acoustics should make Far Heath a very attractive destination for artists looking for a well priced recording environment where they can focus on the project. Being just over an hour from London the studio is in a great spot and we were very surprised that we'd never been there before. We hope that the upcoming video tour will tempt you to pay them a visit! 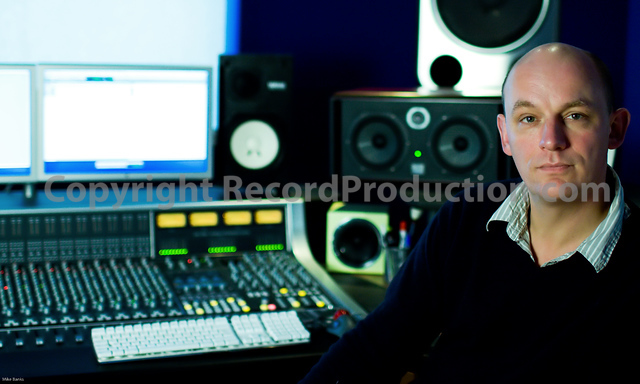 The studio has accommodation with a lounge and kitchen with a friendly, relaxed atmosphere. Daylight floods in from almost every angle, it's got such a nice feel.

Chief Engineer Angus Wallace founded Far Heath in 1987, having studied Audio Production in London. Since then he and the other engineers at Far Heath have been recording and producing bands such as The Prodigy, Spiritualized, The Fall, Love And Rockets and Natacha Atlas/Transglobal Underground.

In 1993 Angus was awarded the Ampex Golden Reel Award and in 2000, a gold disc for his engineering skills on three Fall albums. In 2001 Angus pushed his knowledge of all things audio further by obtaining a masters degree in Sound Design. An excellent programmer, arranger and mixer, he has also been involved in co-writing with various artists, the most successful being Wishbone Ash.

Special thanks to Angus at Far Heath Studios for letting us in to take some snaps. Hopefully the video feature will be here before the year end. Visit the Far Heath website and arrange to visit, we think it's great and you'll love it!